A very small minority controls Australia, getting what it wants by asking the right people in the right way, for exactly what it wants, and saying how it can be achieved.

The silent majority of Australians miss out, hoping that someone else will get it for them. That’s just Fantasy!

Power originates with votes. Each pauper has one vote at elections just like each billionaire.

It is not voting alone that gives them power. It is asking the right people in the right way at the right time and using their votes as an enticement or punishment.

It is not speaking out with their voices alone that gives people power. 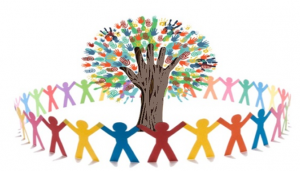 hey must reinforce their voices by voting for or against the local representative of a political party according to how the party deals with the request for action that they made.

Asking MPs away from the glare of publicity is far more effective than doing it publicly and providing solutions is much better than giving politicians problems to solve.

Every local MP should be help accountable for all that their political party does.

The belief that your local MP or the PM will fix things for you is pure fantasy. That is not how life works!

Join Voters Network  and learn how to use your amazing power yourself to shape the aspect of society that worries you most. Hundreds of Australians are doing that now.

Voters Network members can record on the Voters Network website their pleasure or displeasure with every state or federal MP every month is they wish.